CounterProductive Games takes you on a walkthrough of the Charge! Eagles Rising rules giving you an overview of what is included in the rules. 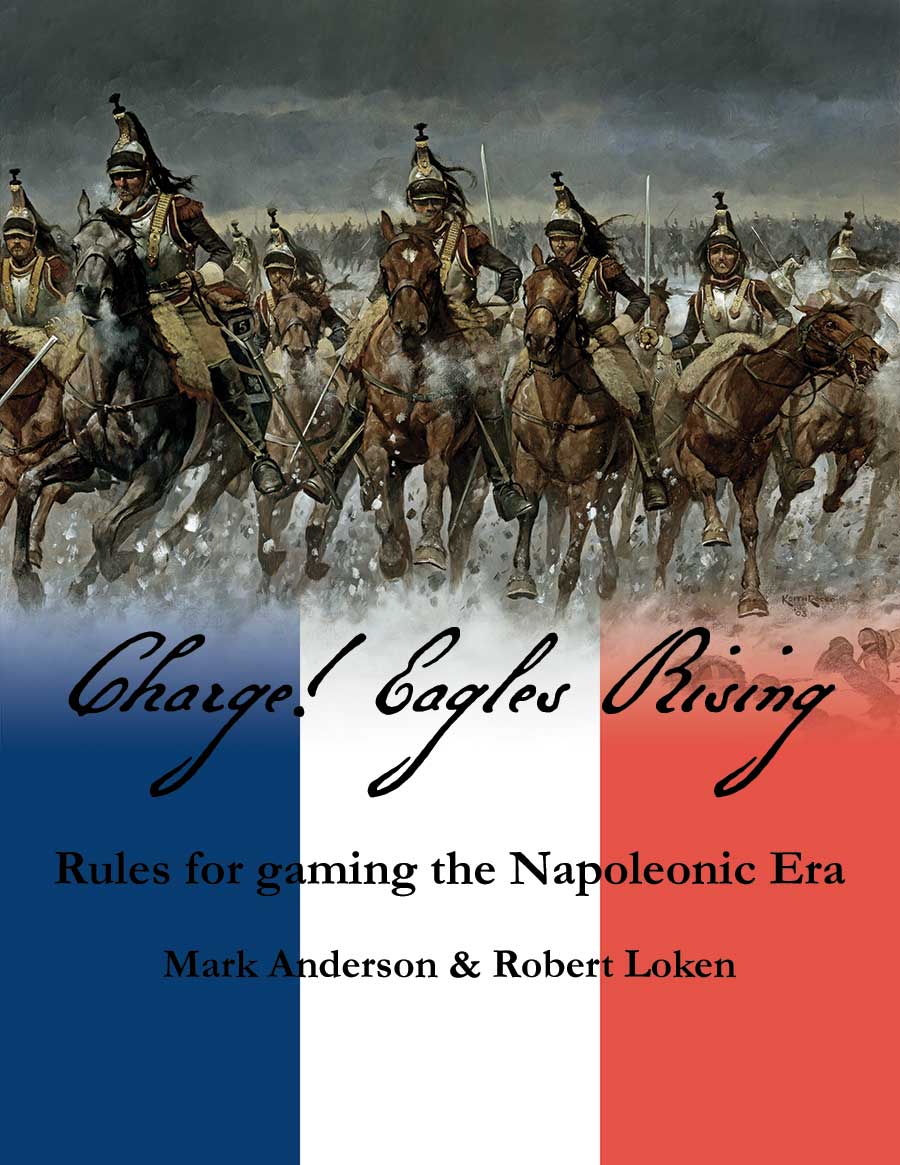 Rules for Gaming the Napoleonic Era

CHARGE! Eagles Rising is a battalion-oriented game so you can use your figurines mounted for Empire and Napoleon’s Battles in addition to many other popular games with no need to remount for playing this new system. You’ll be able to start utilizing this new approach rather quickly with minimum preparation.

I have known the two gamers who conceived this system for some length of time; and have met them across the table on many and varied occasions. These combats have included quite a number of different Napoleonic Rules Sets. Like you, we have played them for a period of time and then passed on to the next offering in the hope that each succeeding venue will fulfill some missing part of the Napoleonic picture. As long as I can remember, we have always had a problem integrating the British Army into the mix. Most rules sets have been able to provide satisfactory methods for facing the French against Austrians, Russians and Prussians but then this nagging problem of how to face British lines against French columns as occurred historically – and get a reasonable result inexorably shows up!

Rob Loken and Mark Anderson have finally been able to provide us with a workable method of accomplishing this difficult task. May I suggest you give this new offering: CHARGE! Eagles Rising a consideration. I am rather impressed! It works – I have to admit I never solved this problem – so more credit to the writers. A reading will show you how they make it happen – with realistic historic results!

CHARGE! Eagles Rising promises to provide you with a fresh look at how to deal with these and many other Napoleonic combat situations. Take a good look at this creative presentation and see if it doesn’t come closer to fulfilling some of your own expectations of Napoleonic conflict. You might find the results sound like an action account you’re recently read in one of our beloved and yes – “romanticized” – Napoleonic battle reports! 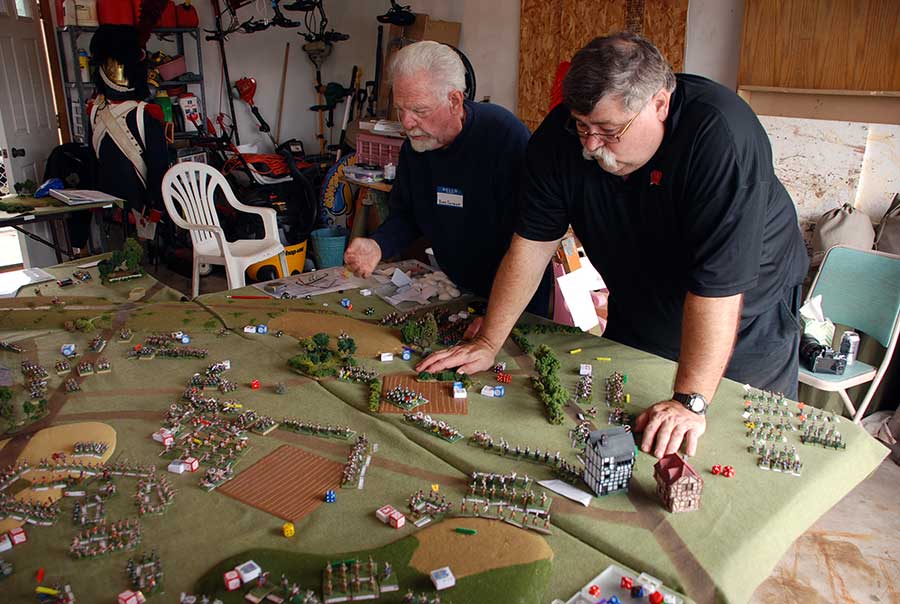 On August 18th Barclay de Tolly decided to pull out of the battle of Smolensk, and continue the retreat towards Moscow. The main road from Smolensk to Moscow ran on the North side of the Dnieper River. So as to not let Napoleon know they had departed, they burned the bridge over the Dnieper and marched that night in a Northerly direction.

END_OF_DOCUMENT_TOKEN_TO_BE_REPLACED 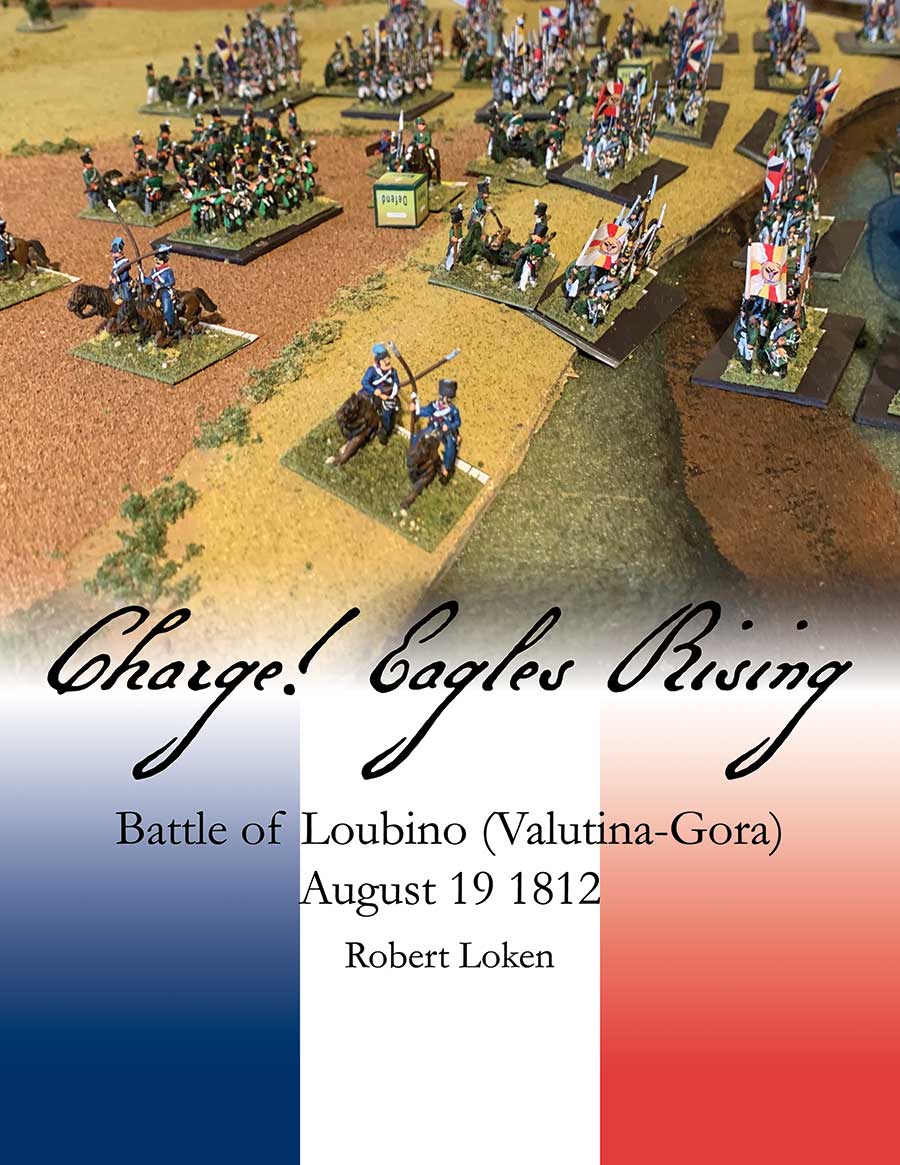